The system responsible for the compilation of statistics in Macao is known as the Statistical Information System of Macao (SIEM). SIEM was established in accordance with the Decree Law of the Macao SAR Government, with the objective of providing the government with statistical data which are conducive to the formulation and implementation of social and economic policies. In addition, it provides private data users with statistical information relating to their activities. 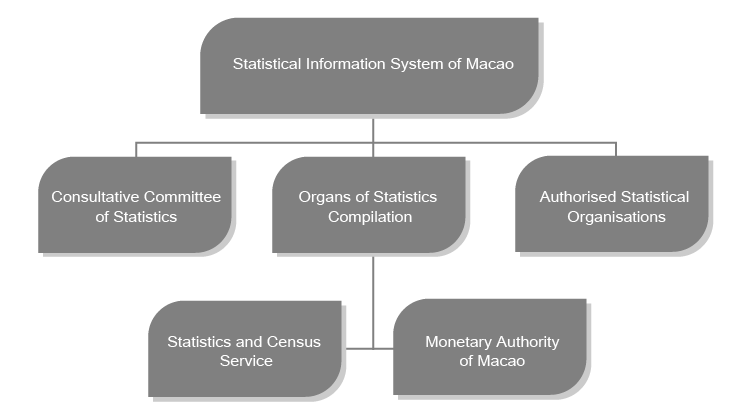 Consultative Committee of Statistics (CCE)
The Consultative Committee of Statistics (CCE) takes on the liaison role among data providers, organs of statistics compilation and data users. CCE, chaired by the director of the Statistics and Census Service (DSEC), consists of representatives from DSEC, the Monetary Authority of Macao (AMCM) and the functional areas of the public administration, as well as from prominent associations and other fields in Macao.

Statistics
Services
Statistical Literacy
About Us